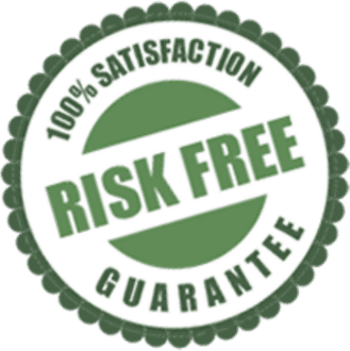 Stop Living At the Mercy Of Your Rosacea Outbreaks

…And Take Back Some Control

There might not be a known cure for rosacea…

… But that doesn’t mean you need to live at the mercy of this disease!

Skinception™ Rosacea Relief Serum has been scientifically formulated with a series of ingredients that work synergistically to offer BOTH immediate and long-term symptom relief to rosacea sufferers,
with benefits that may include:

… With many other benefits to the overall
functioning and health of your skin!

Active Ingredients:
Renovage™:
The trade name for teprenone, a new breakthrough in skincare, anti-aging, and rosacea treatment that works on skin cells at the DNA level. Renovage™ protects the threads of DNA from unraveling so that a cell can continue to divide without harm to DNA, which triggers the death of the cell. In so doing, Renovage™ has been clinically proven to prolong the life of cells by one-third.

In a clinical study conducted with a group of 25 women, all of whom were age 45 or older, Renovage™ was applied twice daily for six months. The women’s skin was evaluated at one month, three months, and six months. A number of anti-aging effects were observed, and most interesting to rosacea sufferers were a decrease in redness in over 90% of test subjects by an average of 30% or more.

Actiflow®:
A product of Silab, Actiflow® is comprised of saccharomyces cerevisiae extract, otherwise known as baker’s or brewer’s yeast. The main purpose of Actiflow® is to improve blood circulation in the tiny blood vessels just beneath the skin, and to improve vascular congestion. Because blood circulation, vascular congestion, and the degeneration of vascular health are major contributing factors to rosacea, Actiflow® is a useful active ingredient in the treatment of rosacea as well.

Actiflow® has been clinically proven to have anti-inflammatory and anti-redness properties to help address the ultra-sensitive skin conditions of rosacea sufferers, and soothe and calm inflamed, discoloured skin.

It has been especially formulated for sensitive skin and will not aggravate the rosacea condition, but instead works to soothe and calm the factors that cause redness and inflammation.

Since hyper-sensitivity and inflammation are at the root of rosacea, this ingredient is key in addressing rosacea concerns. Once inflammation is soothed and regulated, rosacea-prone skin not only looks and feels better but is better protected against triggers that cause episodes of rosacea.

Mediacalm® is also known to reduce erythema (redness) in the process of reducing sensitivity, while also reducing the instance of “prickling skin” common to rosacea. It is being hailed as the “neurocosmetic answer for sensitive skin.”

Allantoin:
Also known as vitamin U, Allantoin has been used to treat dry and damaged skin since the 16th century. Allantoin is a moisturizer and a kerolytic — which means it softens the keratin in the skin (the key structural protein in the epidermis), allowing skin to heal more quickly and to absorb moisture more effectively.

Known for its anti-inflammatory, antiseptic, and soothing properties, Allantoin is often used in rosacea and acne treatment.

As well as being a natural anti-irritant, Allantoin is used to stimulate regeneration of healthy skin cell tissues. At the same time, it acts as a chemical “debrider,” which means it helps slough off dead and damaged skin cells and tissues. Together, these actions help speed the general healing of the skin. The red, inflamed, and thickened skin of rosacea is softened, calmed, and healed through topical use of Allantoin.

To date, there is no known cure for rosacea. That’s the bad news.

The good news is that clinical studies have proven that it is possible to reduce the symptoms associated with rosacea outbreaks including facial redness, spider veins, inflammation, prickly heat, lumpy/bumpy skin, and more.

Skinception™ Rosacea Relief Serum has taken the very latest clinical studies and medical research into consideration — with a comprehensive formulation that aims to provide BOTH immediate and long-term symptom relief to rosacea sufferers.

Benefits of extended daily use may include:

Soothes and calms inflamed skin
Redness and discoloration fade
Improves blood circulation so red/purple spider veins fade
Restores a normal sensitivity threshold to skin
Reduces instances of burning/prickling sensations on skin
Thickened skin is softened
Elasticity, tone, & firmness are improved
Moisturizes without causing flare ups
… With many other benefits to the overall functioning and health of your skin!

And don’t forget, it’s backed by a RISK FREE moneyback guarantee. So if you don’t see results you’re happy with, simply return it within 97 days for a full refund minus only your shipping and handling fee

Clinical studies of active ingredients show impressive results in as little as 4 weeks. However, to experience maximum relief from your rosacea symptoms, we recommend a minimum application program of 90 days, with ongoing daily application to:

Help keep your outbreaks in check,
Reduce the severity of symptoms when flare ups DO occur, and
Help to minimize the risks of long-term skin damage and premature aging as a result of ongoing outbreaks!
Remember, there is currently no cure for rosacea. However, it has been clinically proven that you CAN minimize symptoms and their potential long-term effects. This just takes an ongoing commitment to a treatment program.

Please try our product for 90 days (3 boxes) and if for any reason you are not 100% satisfied, simply return the three empty boxes within 97 days from the time of delivery for a full refund excluding shipping charges. If you wish to take advantage of the price discount by ordering multiple boxes don’t worry. Any unopened boxes returned along with your first three opened boxes within the 97 day guarantee period will also be eligible for a full refund. How can we make this incredible guarantee? Because we KNOW you will be satisfied with our product. Please do not ship any product back after the 97-day refund period has expired. Please feel free to try our products, but refunds are limited to one order per customer.