Designed to stimulate your body’s own NATURAL production of growth hormone using a highly refined series of potent natural ingredients. The HyperGH 14x™ formulation is a known stimulate your body to release more Significant Increase In Serum Igf-1 Levels, naturally! 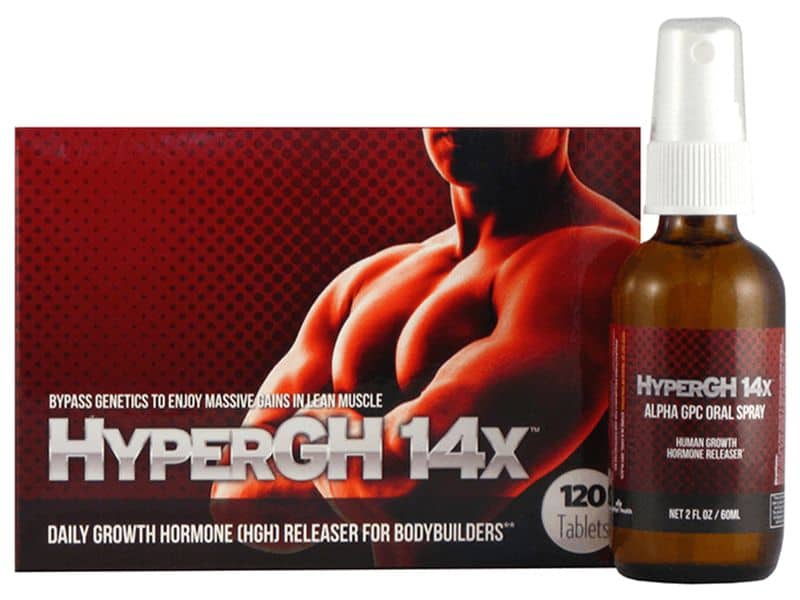 For lean, hard muscle, less body fat, an extra boost in the gym and a natural way to supercharge your workouts, HyperGH 14x™ is gonna rock the world of body building.

We’re not talking about steroids or synthetic HGH either. We’re talking about your body’s own HGH, secreted naturally in sync with your circadian rhythm, to maximize energy, recovery and growth of lean, hard muscle.

We’re talking HyperGH 14x™, formulated to naturally supercharge the body with the energy to pack on that sexy muscle that guys want and women lust for. We’ve designed it to produce:

Clinical studies have shown that arginine can as much as triple your growth hormone levels, even into old age. And it can also help improve your exercise performance for high-intensity, short duration work outs.

Your body doesn’t naturally produce arginine; you must get it from your diet.

It’s the amino acid used most by your body during times of stress, and it’s the key to metabolism and maintenance of muscle, cell division, and cell growth. It increases energy and mental alertness.

It’s one of the key stimulatory agents that encourage the pituitary gland to secrete growth hormone! It also has a calming effect on the brain and may play a role in the health of the prostate.

When lysine is taken in combination with arginine, it has been shown to be ten times more effective than just taking arginine alone. It too is reported to boost immunity and improve genital function!

Tyrosine is used by the thyroid gland for the production of Thyroxine, another vital hormone shown in clinical studies to help reduce fatigue and depression, as well as regulate growth and metabolism!

Tribulus terrestris has been used in traditional medicine to treat sexual dysfunction and male infertility in Europe and Asia for many decades. More than nine clinical studies performed by six universities and academic hospitals on this purified extract have confirmed the herb’s beneficial effect.

Other studies have suggested that Tribulus Terrestris also acts by increasing the level of dehydroepiandrosterone (DHEA), a naturally occurring substance in the body believed to be important for a healthy sex drive.

In western herbal medicine, Astragalus is often used to enhance metabolism and digestion, strengthen the immune system and help wounds and injuries heal. It is also believed to help improve the function of the lung, adrenal glands and the gastrointestinal tract, increase metabolism, sweating, and reduce fatigue.

Deer antler velvet is a natural source of glucosamine, chondroitin and collagen. The body uses glucosamine to manufacture glycosaminoglycans that are found in cartilage tissue.

GABA, or Gamma-Aminobutryic Acid, is a powerful amino acid that stimulates the production of HGH. It was first discovered in 1883 in Berlin and is classified as a neurotransmitter, which means it helps nerve impulses cross the synapses (gaps) and communicate better. It has a number of positive effects on the nervous system.

Benefits include increased immunity, accelerated healing, increased bone and lean muscle mass, and decreased aging! Colostrum contains IGF-1 (insulin like growth factors), which are actually products of HGH. IGF-1 is used to measure HGH production levels and it’s thought that IGF-1 is actually responsible for the anti-aging effects of HGH.

Colostrum is a form of milk produced by the mammary glands of mammals in late pregnancy and the few days after giving birth. HyperGH 14x™ includes Bovine Colostrum, which is virtually identical to human colostrum and actually contains MORE of some of the most beneficial properties!

L-Valine is a branched-chain amino acid found in high concentration in the muscles. L-Valine cannot be made by the body, and must be acquired through food or dietary supplements. It has a stimulating effect and is needed for muscle metabolism, repair and growth of tissue, and maintaining the nitrogen balance in the body. Since it is a branched-chain amino acid, it can be used as an energy source in the muscles, and in doing so preserves the use of glucose.

It stimulates the pituitary gland to operate more effectively and increase the release of HGH. As well, it’s believed to help improve some conditions associated with aging, including poor muscle tone.

It’s a purified extract from lecithin which acts as an excellent emulsifier, facilitating the absorption of the other nutrients included in HyperGH 14x™.

Phosphatidyl Choline also emulsifies and breaks down fat deposits in the body, making it helpful in the prevention of gallstones, atherosclerosis, heart disease, and liver problems, depression, memory loss, and neurological disorders.

Studies have shown that Ornithine is about doubly effective as arginine, which as mentioned above, can as much as triple your HGH levels! Especially when used in combination with arginine, lysine, and glutamine, also included in HyperGH 14x™!

Required to transport glucose from the blood into the cells, chromium helps maintain glucose levels by enhancing insulin activity. And lower blood glucose levels can increase the release of HGH!

Chromium also assists with weight control, helping you to maintain a healthy metabolism, increasing your energy, and reducing body fat!

HyperGH 14x™ is arguably the most sophisticated growth hormone (HGH) releasing system available to bodybuilders on the market today.

It’s a combination of oral capsules and oral spray that work together to stimulate your body’s own NATURAL production of HGH using a highly refined series of potent natural ingredients, all known precursors to HGH production. Benefits of daily supplementation may include:

HyperGH 14x™ helps to boost your overall HGH production, which helps you lose body fat by breaking down fat cells and using them for energy, speeding up your metabolism, preventing your body from storing MORE fat, maintaining normal blood sugar levels, and more…

… All resulting in weight loss!

… Some clients even report seeing results during their first week of workouts!

However, it’s important to note that a significant number of major clinical studies and investigations done by the medical community on hGh injections have reported that the *most impressive* results with HGH are seen after 6 months of committed use!

So while yes, you can certainly expect to see motivating results in the first 2-3 months, we highly recommend committing to a program of 6 months of use to truly maximize your overall muscle growth and fat loss.